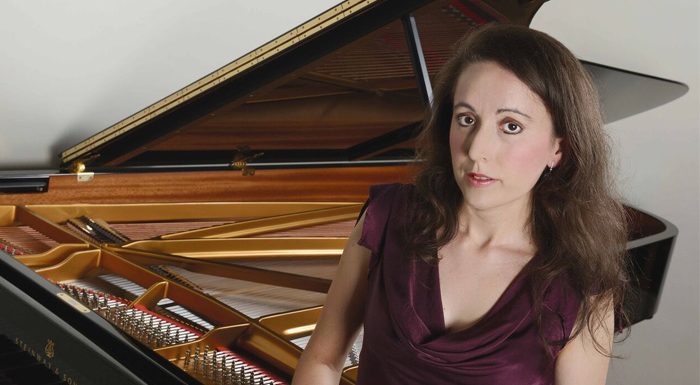 To mark the 150th birthday of Sir Granville Bantock, pianist Maria Marchant will present a lunchtime recital of his keyboard music at Royal Birmingham Conservatoire on 2 October.

Introduced by Dr Cuillin Bantock, the composer’s grandson, the concert will include Cloisters at Midnight, Memories of Sapphire, Two Scottish Pieces, a selection from the 12 Pieces; and his symphonic overture Saul in an arrangement for solo piano.

Also on the programme will be a selection of impromptus by Sibelius, who was hosted by Bantock during his first visit to England in 1905 and dedicated his Third Symphony to the British composer.

After searching out and cataloging Bantock’s piano music, Marchant recently released the first commercial recording of this repertoire for SOMM Recordings (‘Bantock Rediscovered’, SOMMCD 0183) to coincide with his anniversary year. Hear her introduction to the music below: