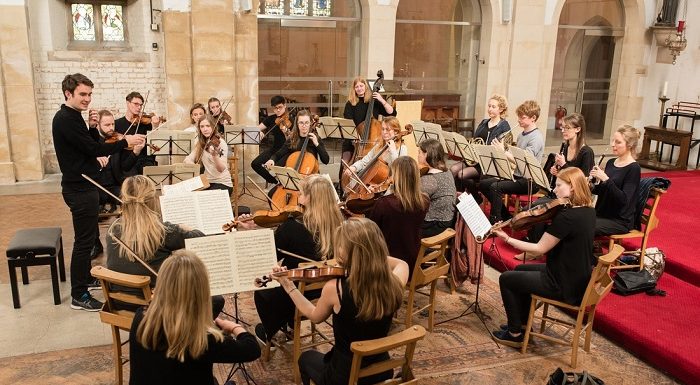 The 12th annual Malcolm Arnold Festival will take place on 14 & 15 October 2017 at Royal & Derngate in the composer’s hometown of Northampton.

‘We’ve called it “Abounding in singable tunes” – a wonderful description of Malcolm’s music from a 1950s newspaper review’, explains Artistic Director Paul Harris. ‘He was always determined to write tunes that could be immediately appreciated and although he embraced many 20th century ‘isms, his music remains utterly accessible.’

The weekend features performances, film screenings and talks on Malcolm Arnold and his music, including the world premieres of the Heroes of Telemark Suite and the complete Kensington Gardens song cycle.

Conductor John Gibbons will lead the Royal Philharmonic Orchestra in a performance of Arnold’s popular Fifth Symphony, alongside music from his Oscar-winning film soundtrack to The Bridge on the River Kwai.

David Mellor, who campaigned for Arnold to receive his knighthood, will introduce the opening concert where the Glasgow Philharmonia will present the Scottish Dances, Return of Odysseus and Flourish for Orchestra. Philip Achille will be the soloist in a rare performance of the Harmonica Concerto and the Janus Ensemble, conducted by Ben Palmer, will perform Symphony for Strings and the Concertinos for Recorder, Flute and Oboe.

There will also be a live staging of the radio play Mr Pye, an Island with music by Arnold, and broadcaster John Griff will give an illustrated talk on ‘The Forgotten Documentaries’ examining the composer’s scores for the big and little screens.

The full programme can be found on the Malcolm Arnold Festival website and tickets are available from box office at the Royal & Derngate, Northampton.